Why is Gaming So Much Fun 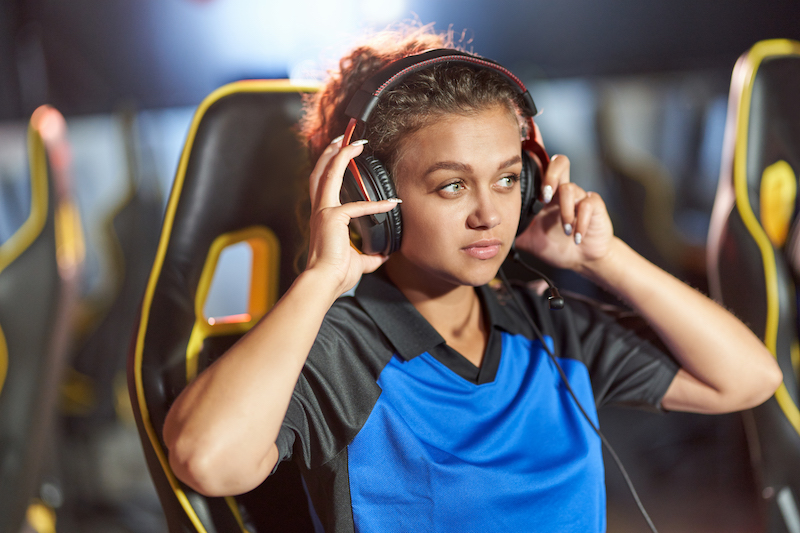 What Makes Video Games So Fun?

Playing video games is a popular hobby worldwide, but fun itself is somewhat relative to people. You need not be an avid game lover to wonder about the history of video entertainment, how video games rose to popularity, and what makes them continue to be widely popular today. In this article, we’ll discuss what makes video games so fun for people of all ages, how many people play video games today, and where you can find fun and games near you in the Chicago area, including video games and other interactive activities for your friends and family. Video games are just one of the many activities out there to try out and find a new hobby in.

The Beginning of Video Games

It’s hard to say what makes a certain activity truly fun for a certain person, especially with so many outdoor and indoor activities out there. In addition, what makes one activity stand out from others for a person, drawing them to choose it for an afternoon’s recreation? Video games have been highly popular since their first introduction in the early 1950s. Scientists initially created some of the first video games in research labs during this time, though today they are common in homes worldwide. Some early video games in the 1950s included OXO, (widely known today as tic-tac-toe), and Tennis for Two.

How Many People Play Video Games?

Later in the 1960s, developers created a multiplayer video game system known as “The Brown Box.” These developers then licensed the device to Magnavox and consumers could purchase this system as the Magnavox Odyssey as a personal home gaming console, the first of its kind. The Magnavox Odyssey declined in popularity over time, the Atari 2600 rose in popularity, and the video game industry as a whole continued to have various milestones throughout the 1970s and 1980s. Past various market declines and competing consoles, the video game industry has continued to expand into movies, television series, 3D platforms, mobile devices, and social media platforms. Today, around 3.24 billion people play video games.

What Makes Them So Popular?

Considering that as of 2021, around 3.24 billion individuals engage in video games worldwide, it’s natural to wonder what makes them so popular. The creation and further development of video games brought about a widespread chain of events as well as activities that have only grown in popularity. The consistent popularity of video games and other similar activities may be owing to several factors. Upon their early creation, video games were so popular because they were wholly unlike other activities at the time. You could compete against friends, family, or the computer itself, as well as control the different on-screen characters.

Aside from the resounding newness of video games when first available, there are other factors that continue to make video games so fun for people of all ages. These games can effectively satisfy personal needs for recognition and achievement. They transport people to new and exotic realities. There is also such a diverse range of video games and complexities to the video games that are available today that a person may stay consistently entertained with the challenges, puzzles, and mini-games no matter how long they play. You can binge-play one game without boredom.

With so many different realities, achievements, puzzles, and unique details in many of the most popular video games, it’s no wonder that video games are so fun for people of all generations. In addition to the variations between different video games, there are also a number of different devices to play digital games on for endless hours of fun. In addition to video game consoles, many people also enjoy playing digital games on handheld video game devices, smartphones, and computers. Since the creation of the first computer game that people could play on multiple computers, computer games have only grown in type and complexity. If you enjoy video games, computer games provide a closer gaming experience with a classic feel.

In addition to some of the more classic computer game experiences, developers continue to release new games and gaming experiences for computers. Types of fun computer games and activities available today include open-ended, shooter, real-time strategy, role-playing, party games, action-adventure, horror and survival, and platformer. If you’re looking for more community or group-friendly computer games, there are also some unique options for game enthusiasts, such as multiplayer online battle arena games and sports simulation computer games to pursue entirely virtually or engage with an in-person group.

Video Fun and Games Near Me

Each type of computer or console video game has its own distinct features that entice numerous gamers and prospective players around the world. If you live in the Chicago area and are looking for a place to play video games and other indoor activities near you, Wintrust Sports Complex is a unique facility. At Wintrust, you can have fun with some of the most popular arcade games and e-sports games. There are also spaces for gym activities, laser tag, and relaxation with food and drinks, so you can have a wider range of recreation options to choose from with your friends or family on the next holiday, special occasion, or shared day off.

In the arcade space, you can enjoy 4,000 square feet of some of the most popular classic arcade games as well as the latest games. In the e-sports lounge, you have the top PC games and the latest technology. You also have the option to play or watch different sports and court activities in the full gym. When you want to engage in some laser tag, you have the benefit of a large arena. In between these activities, you have the Station Grille for relaxing and refueling.

Video Games and More in Chicagoland

There are many reasons why video games are fun for all, and just as many ways to enjoy them. For video games and more, visit Wintrust Sports Complex today.

PrevPreviousHow to Get Better at E-Sports